Ani Menua is a writer and philosopher who finally found her way to Berlin after a journey that began in Yerevan, took her to Moscow and then Wiesbaden before she finally landed in the German capital. Ani writes our monthly Berlinograd 1920s column and she has just published her first book. So we think it is high time that we introduce her to you!

Where were you born?
I was born in the beautiful, magical, bohemian and ancient city of Yerevan, which is the capital of Armenia.

What is the strongest memory you have of your hometown?
I remember my family’s small student flat, in which my parents and my two uncles periodically used to live, which was located next to Brusov-Institute. It meant to be a flat, but in fact it was a small place, where different artists met and hang out together. My father would play the guitar for my mom and she would melt away. I still love to watch them being happy. Their friends would discuss art and philosophy. We, kids, used to run around in that small room full of people, different musical instruments, books and play hide and seek. It was 1988 as an earthquake and following cruel times changed a whole country’s life forever.

How long did you live in Yerevan?
I was very little as I used to live in my hometown, but I have very vivid memories of my early childhood. My parents and grandparents taught me everything I can. They always told me to respect nature and people, to combine ancient, present and future knowledge, to find my own way to get to that knowledge and to be disobedient. Only for that reason, I was never afraid or compromised of saying “No.”, when I disagree, no matter to whom. In the early 90ies I moved to Moscow.

When did you arrive in Germany?
Since the late 90ies I live in Germany, first I was in Wiesbaden, where I went to school. I studied Philosophy, Comparative Literature and Slavic studies in the very old University of Mainz and then I moved to Berlin.

What brought you the German capital?
I came here after getting my Master of Arts (magister artium) degree almost six years ago. My only aim was to have not only enough space, but silence to realize my thoughts. Berlin was always on my mind since I was a little girl.

What do you do with your time? What is your profession? Why?
My writing determines my time as philosophy and art are the air I breath.

You just published your first book. Tell us a little bit about it.
During my studies my interest towards aesthetics and its theories became bigger and bigger. My focus was and is on the interaction and the relationship between aesthetics, ethics and metaphysics. The question that drives me is why the human being regards something as beautiful and whence comes his need or the necessity for beauty in general. I learned from the philosophy of Immanuel Kant, whom I would call one of my mentors. Next to him I cannot fail to mention Fyodor Dostoyevsky, whose genius, like Kant’s, survives time. The third in the league of these timeless world spirits, who had a tremendous influence on my thinking, is the philosopher David Anhacht. He lived in the 6th century and his philosophy is pervaded by the idea why beauty is generally necessary.

What is the story behind your book?
David’s writings did not exist in German, which led me to translate his commentary on Aristotle’s Analytics from Old Armenian. His commentary on Aristotle’s Analytics is affiliated with it a series of scientific problems that remain unsolvable if it only can be read by a very limited number of people, who therefore provide only a limited number of solutions. My intention was to eliminate this linguistic barrier to the extent that the writing is accessible not only to a very specific elite circle, but also to all those who speak German and are generally interested in philosophy.

What is typical about Berlin? What do you love (or hate) about Berlin?
In Berlin you can get lost and live an anonymous life, which I appreciate most. There is something else about Berlin, which is very funny: Nearly my whole surrounding and my dear friends from Wiesbaden and Mainz moved almost in the same time to Berlin. So, I have often the feeling to have always lived here.

What is your contribution to make Berlin a little bit more beautiful?
Berlin is beautiful itself, but I love the Idea of bringing back Berlinograd of the 20ies. So, we together portray immortal artists and celebrate infinity. In addition to that, I started my blog about six years ago with the idea of bringing other forms of beauty to the German audience.

What is your blog about?
I translate poems or film sequences from Armenian and Russian into German. To me it is important to transport the melody of these languages into German. You will never find the exact right words in the other language to give the author’s intention but what you can do is to fix his languages melody, which is another form of music and then transform it into a certain language. But my very first intention was to bring philosophy to young adults of my age with little essays about aspects of life, which occur all of us, without scaring them. I noticed in my surroundings and everyday life that people want to talk about the evil and the good and about moral beliefs, without being judged, as simple as it is. Every human being deserves to have a proper access to all those hidden treasures, which can help everybody to find his own way in this life. I can see that people are interested, they read my texts in many other countries except of Germany, Armenia or Russia, although my working language is German. Thank you, dear Google Translator.

What is your favorite place in Berlin?
My desk.

To find out more about Ani Menua or to contact her, visit her poetry blog and/or check out our monthly Berlinograd column Berlinograd 1920s. Ani Menua’s book “David Anhacht: Kommentar zu Aristoteles’ Analytik” was published by Logos Publishing Berlin. 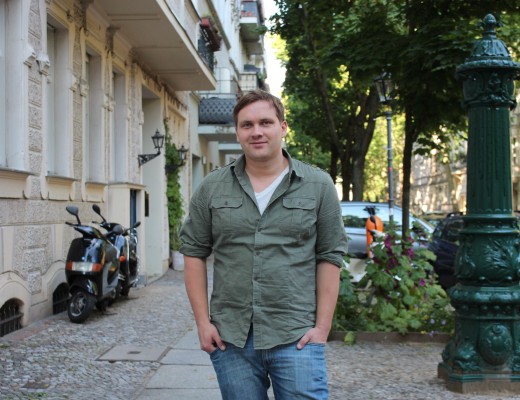 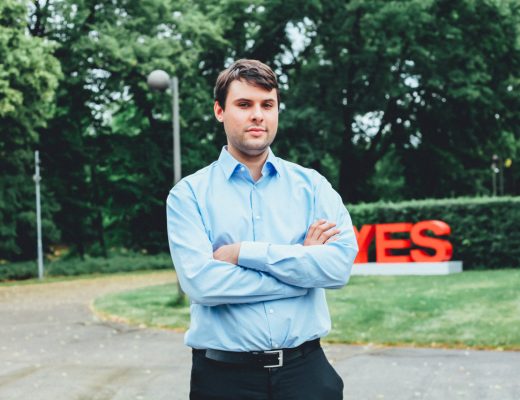 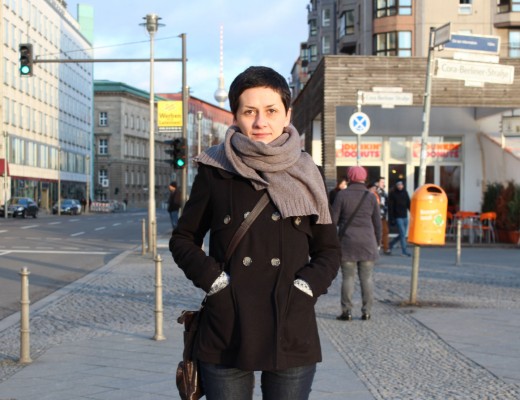