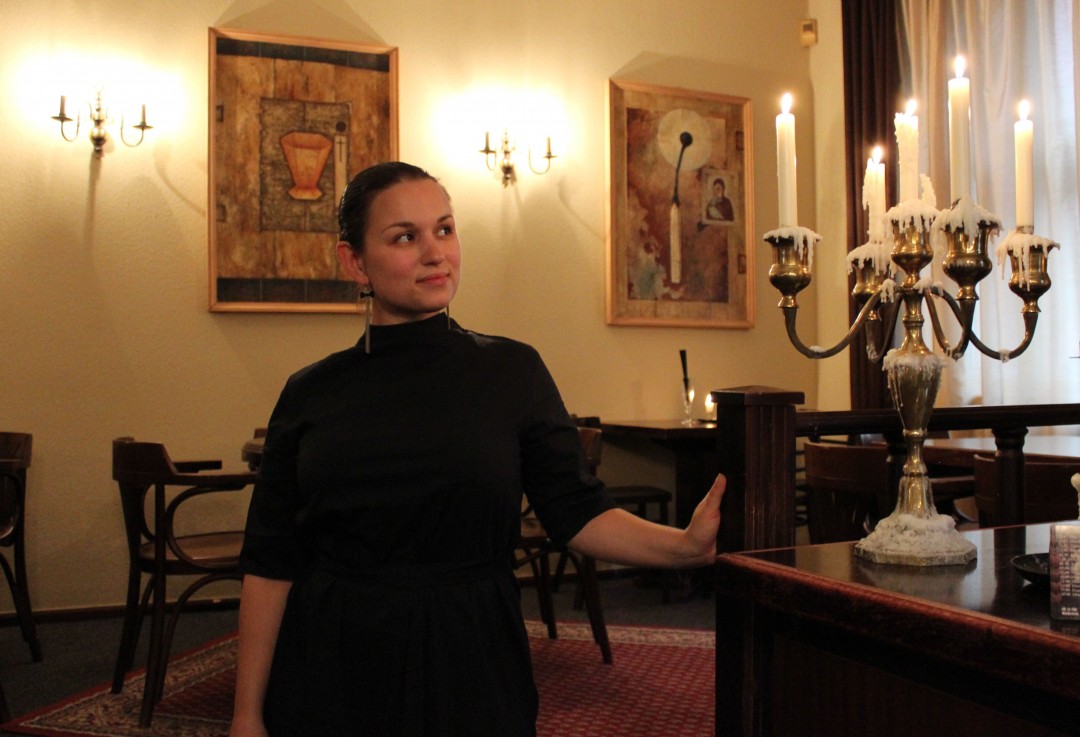 This is Tatiana. Tatiana is actually from Moscow and moved to Berlin in 1997. She started working for Voland when she was only 18 years old. In 2011 she took over the Russian restaurant and its management, and has been successfully running the charming place ever since. Located at Prenzlauer Berg, Voland is not just known for its yummy and authentic Russian food but also for its varied selection of Berlin’s finest Russian singers and bands performing while dining. Just like in Russia you order your 100 grams of Vodka and toast to your friends, while some Russian band is playing folklore songs on Voland’s little stage right next to you. 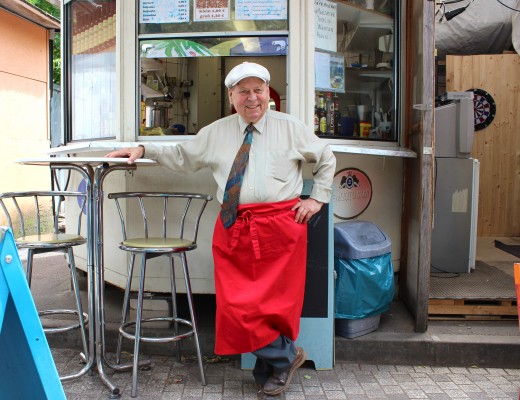 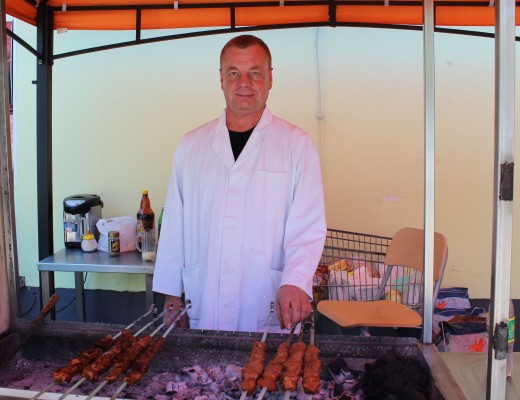