Masha Isserlis is a Ukrainian woman who came to Germany in 2004. As an art historian and curator, she is a part of the curatorial team of the non-profit art space “Aperto Raum” in Berlin-Mitte. We talked with this compelling Ukrainian and she told us about her exhilarating time in the 2000s in Kiev, her career in the art world, and why she loves Berlin’s most famous clichés.

Where are you from?
I am from Kiev, Ukraine.

What is the strongest memory you have of your hometown?
The entire city of Kiev is defined by the Dnipro river. It separates the city into two halves with an island in the middle. Moving through the city means using the bridges to cross the river. I suppose this made me think of bridges as an allegory for human interaction and it has fascinated me ever since.

What did you do in Ukraine before you moved to Germany?
I was studying art and design during the week and working in a luxury boutique on the weekends to pay the bills. The beginning of the 2000s was a very exhilarating time when only nouveau riche Ukrainians could afford to buy pricey international brands. I was constantly interacting with these ridiculous characters. They would offer me a “job,” show me printed photographs of their bullet-punctured cars, or even try to marry me to a football player from Kiev’s soccer team, which was named after a beer brand. (Masha laughs.)

When did you arrive in Germany?
My parents and I moved to Germany in 2004, during the Orange Revolution in Ukraine. For six years, I lived in Jena and got a Master’s degree in art history and media science. I then lived in St. Petersburg for a year and worked at the Hermitage Museum. After that, I came to Berlin and worked for Manifesta Biennial for four years.

Why did you come?
I have always admired Berlin and since I was interested in working in a non-commercial art environment, the capital – famous for being a creative hub of Germany – was the place to be. I arrived eight years ago for my first big project with designer Werner Aisslinger. He covered the entire facade of a museum with textiles. Unfortunately, Instagram wasn’t a thing back then.

You said you are a curator. What are you working on at the moment?
Together with my two curator colleagues and dear friends Elena Yushina and Christy Woody, we are running Aperto Raum – a non-profit art space. We invite young artists from the Post-Soviet region, Europe, and the United States to create a cultural platform for a dialogue between the East and West.

I dedicate all of my time to making this project thrive and developing it into an established, independent institution. The goal is for it to address critically urgent topics and give a platform to different perspectives in a way that encourages dialogue. Berlin is full of artists, art institutions, and art spaces, so I think it is very important for us to find our unique voice as a curatorial team so we can become a vital element of Berlin’s cultural landscape.

What do you love (or hate) about Berlin?
I love and hate Berlin at the same time for all its famous clichés: electronic music, the club scene, hipsters, party tourists, gentrification, “broke but sexy” and the fucked-up beauty of this place. To quote Monilola Olayemi Ilupeju, a young Afro-American artist, who said in her recent performance “I love clichés because they are mostly true.”

What is your contribution to make Berlin a little bit more beautiful?
I don’t think Berlin needs to be more beautiful. I would like to believe that our exhibition and event program at Aperto Raum is contributing to the cultural diversity of Berlin. 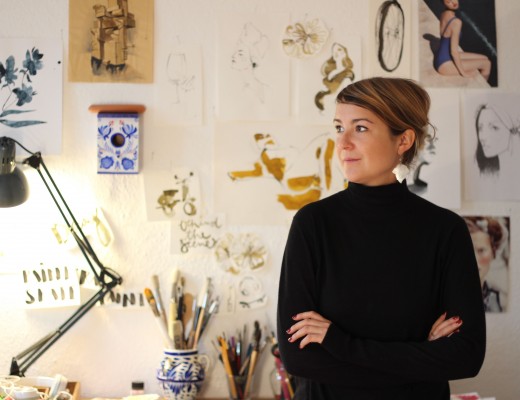 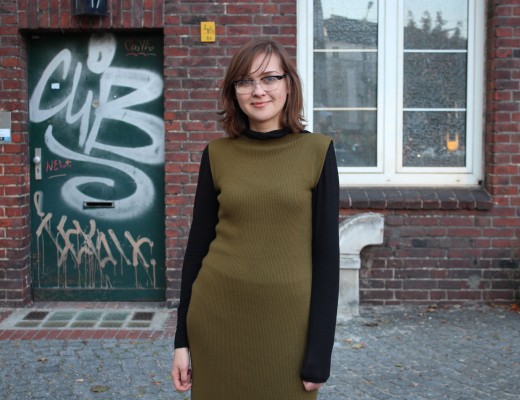 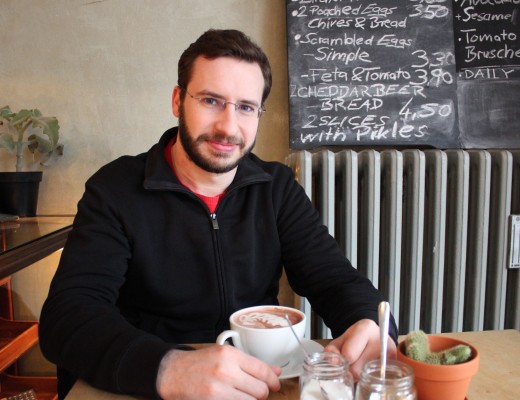